Wood is an important component in my art. The life of a tree and the energy in each grain of wood are why I use wood.

My artwork is hand-made of thousands of very small slices of natural and oil-dyed (wood) chips on board. I like to incorporate the patterns in the wood and enhance them with oil-stain. The variety of wood grain is very beautiful and the pattern is never the same. The combinations of natural and oil-stained grains create interesting shadows and impressions. My imagery comes from common items:  a cupcake, shoes, a wave, and waterfalls etc.

When seen from a distance, my artwork looks like a painting. The details of the work and mosaic technique slowly emerge when the viewer comes closer. Look closely and see the vibrancy and movements of the wood patterns. By using wood mosaic I can show the life and energy. I can talk about life and the energetic atoms inside my work with my tiny wood slices.

I make art that is natural, playful and lifts people’s spirits. But I also want my artwork to be about myself, like a diary. Each piece is created with the care one would use writing a letter to a loved one or friend. Bright, fun, and unusual subjects attract and inspire me to work in new directions. Mysterious creatures/objects such as magic mushroom and jellyfish, gravity, Illusions and Waves are recurring themes in my work. My work is featured in Studio Visit magazine Vol. 19, 20, 28, 30, 34,,35, 37, 39, 41 and 45/46  in 2019 and 47/48 in 2020, and several other national and international publications printed in Seattle, Tieton, Denver, Omaha, Boston, Tokyo, London, Dublin, Athens and New York.

My artwork was selected for the permanent collection by City of Seattle and Seattle Public Utilities (SPU) and the work will be exhibited in public buildings owned by SPU and City of Seattle. City of Kent and City of f Shoreline have also collected my mosaic collage artworks, thankfully. City of Shoreline followed them and they made one piece for their permanent art collection.

I am currently developing a new body of work using other materials such as paper, cardboard and garden hose etc in addition to wood mosaic art-form. My newest works both wood mosaics and paper mosaics are currently exhibited at Frederick Holmes and Company- Modern and Contemporary Art Gallery in Pioneer Square, Seattle and Edmonds Community College solo show. in 2019.

While most of my work is currently being exhibited on the pacific northwest of the United States, our studio is seeking to expand visibility through an international representative gallery that will bring my works to major art exhibits such as Art Basel and museums worldwide. I would like to exhibit my work in New York City and throughout Europe in major cities in Spain, the United Kingdom, France and Japan.


With over five-thousand and seven hundred entries and from 100 countries around the world, Naoko was selected as one of the 154 finalist artists to exhibit artwork at Tokyo Metropolitan Art Museum and the Art Olympia International Biennial 2019, Toshima- Tokyo, Japan by a panel of well-known art curators and judges. New York judges including; Florence Derieux (The director of exhibitions at Hauser & Wirth,  New York , Ex- Curator of The Centre Pompidou Foundation),  and Brett Littman ( The Director of the Isamu Noguchi Foundation and Garden Museum, New York) and international judges lnclude Emmanuelle Lequeux ( Art journalist for Le Monde, Paris), Chu Teh-I (Director of Kuandu Museum of Fine Arts, Taipei National University of the Arts, Taipei), and Zheng Lin ( Owner / Director of Tang Contemporary Art, Beijing/ Bangkok/ Hong Kong). as well as 5 leading Japanese curators and mastered artists. The exhibition in Tokyo, Japan is held in June, 2019.

In 2019 alone, Nationwide US exhibitions included Nebraska, Louisiana, Washington (Bellingham National Biennial 2019), Vancouver BC, Honolulu, Minnesota confirmed and Michigan is To Be Determined.
In order to attain/exhibit all the states in the USA gradually one by one, the opportunities of nationwide exhibition at central and mid USA such SD, OH, UT, WY, WI,AZ, IN, IA, MT being considered/ targeted during 2020-2021.

City of Seattle has chosen my series of artwork: Woven Woods for their public gallery Solo Exhibition during Asian Pacific American Celebration Months 2015 at Seattle Municipal Tower Building, downtown Seattle.
Once again, I am very honored that this Project got the Artist Grant Award  2015 from Puffin Foundation NJ, USA.

My 2014 Project theme: New Abstract and Wave Series and My Collection Portraits etc

My recent Project:  Transmigration - Magic Mushrooms World, a series from all over the world.
Mushroom spores are parasitic to dead-creatures or plants and grow mushroom. This is like a Transmigration or Reincarnation.
The shape, color, and fragility of mushroom is very mysterious. This mystery inspired me to start my Magic Mushroom project.
I hope my artworks travel all around the world like a spore ! 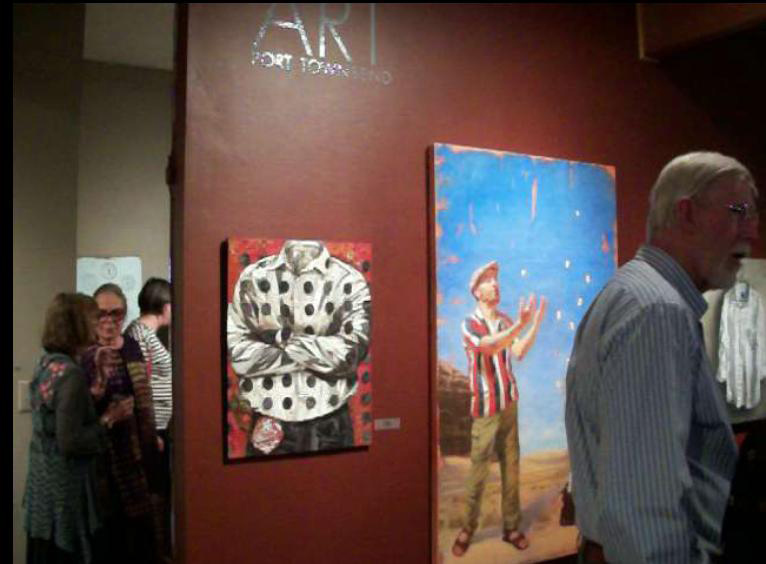 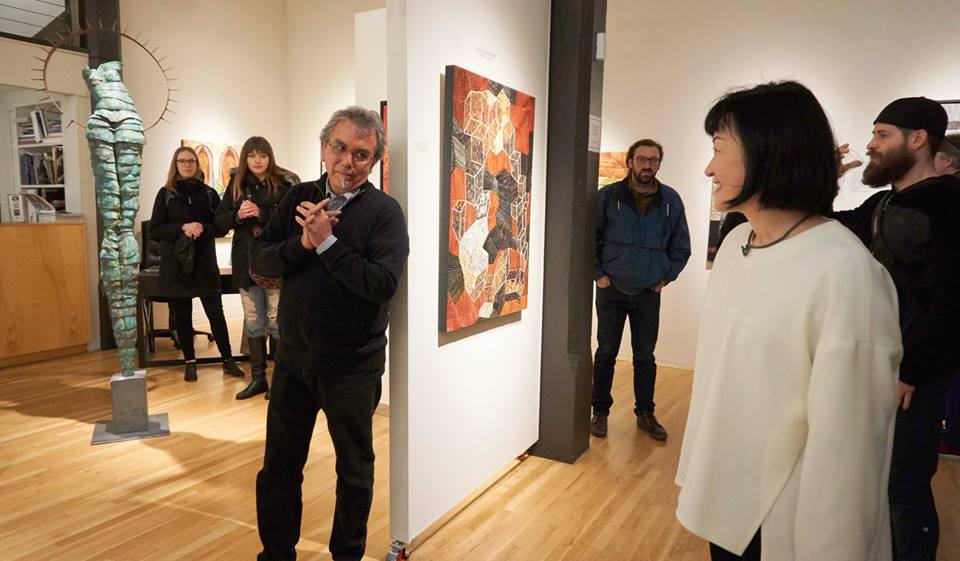 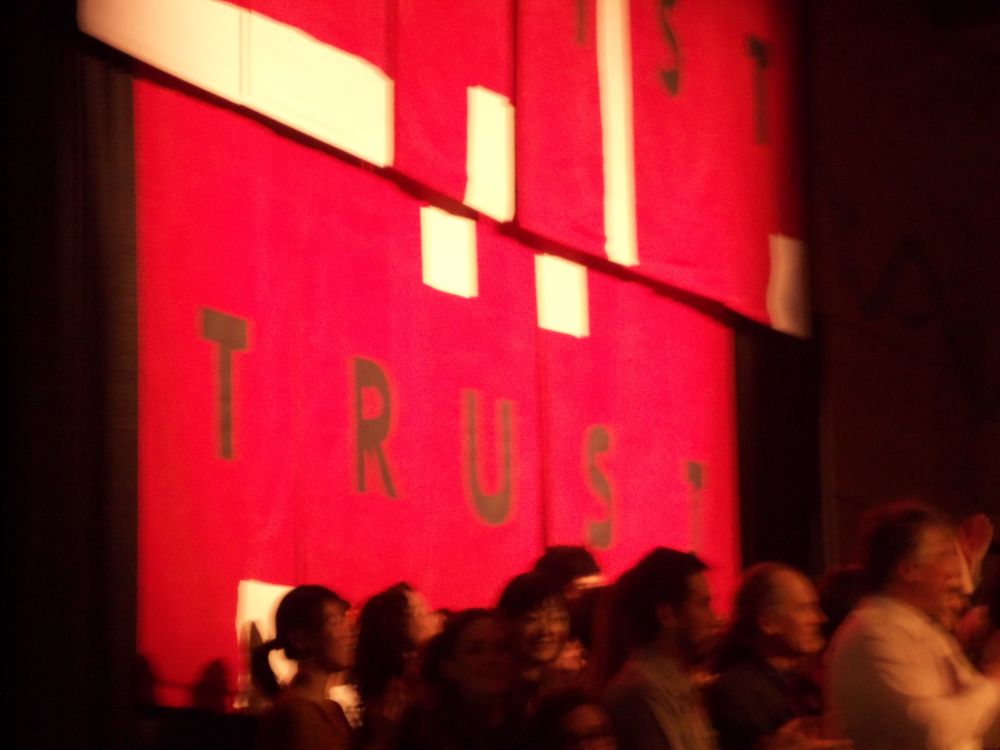 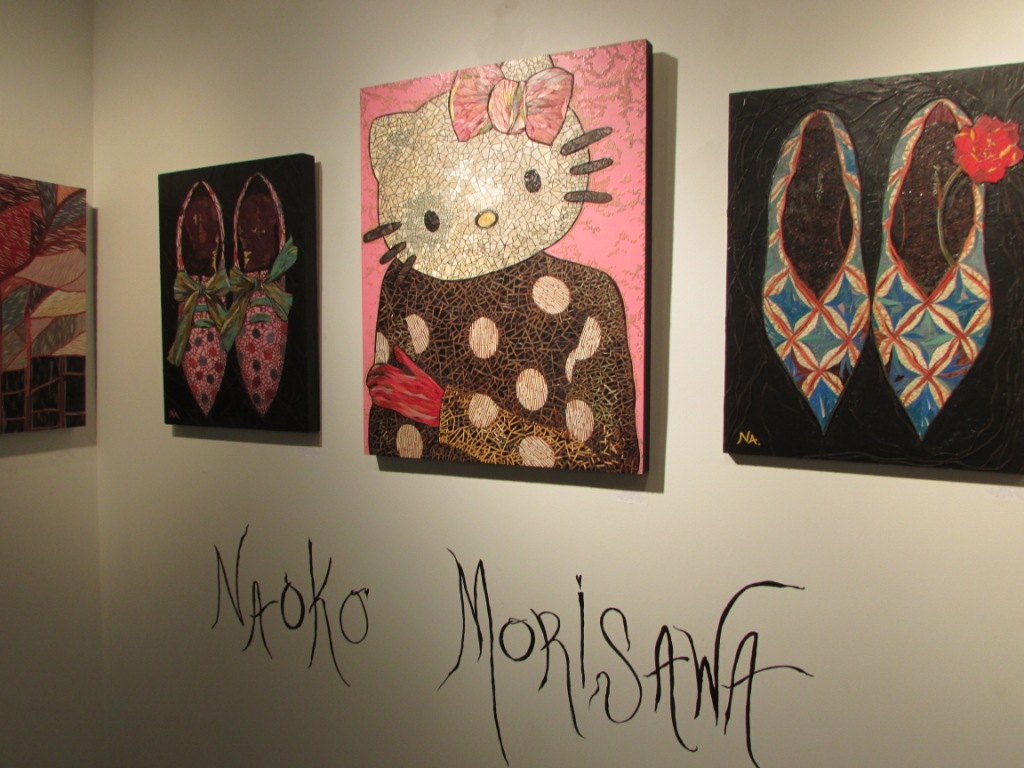 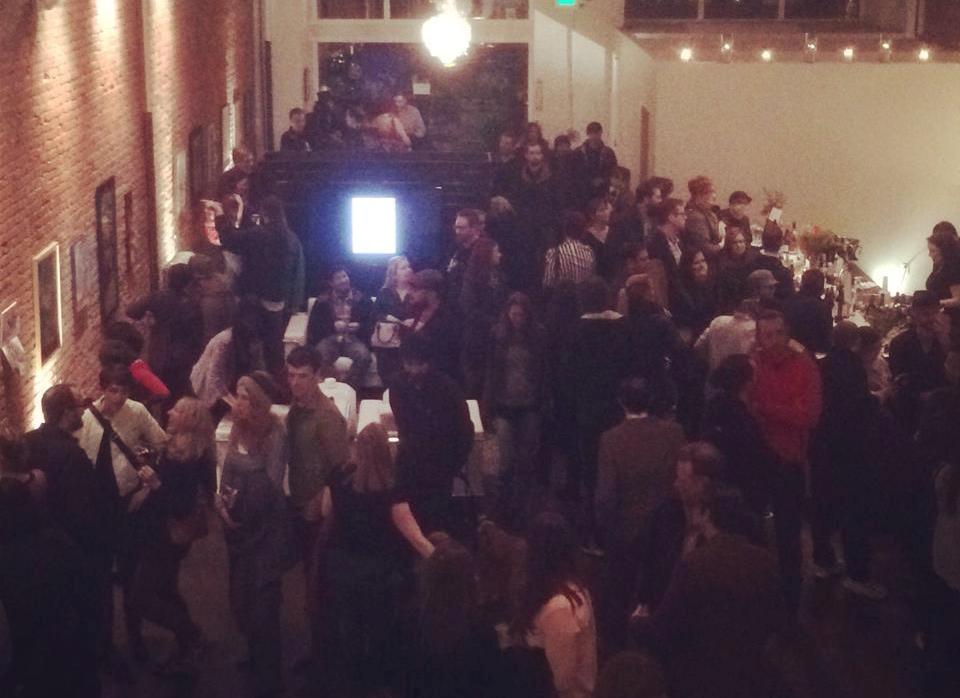 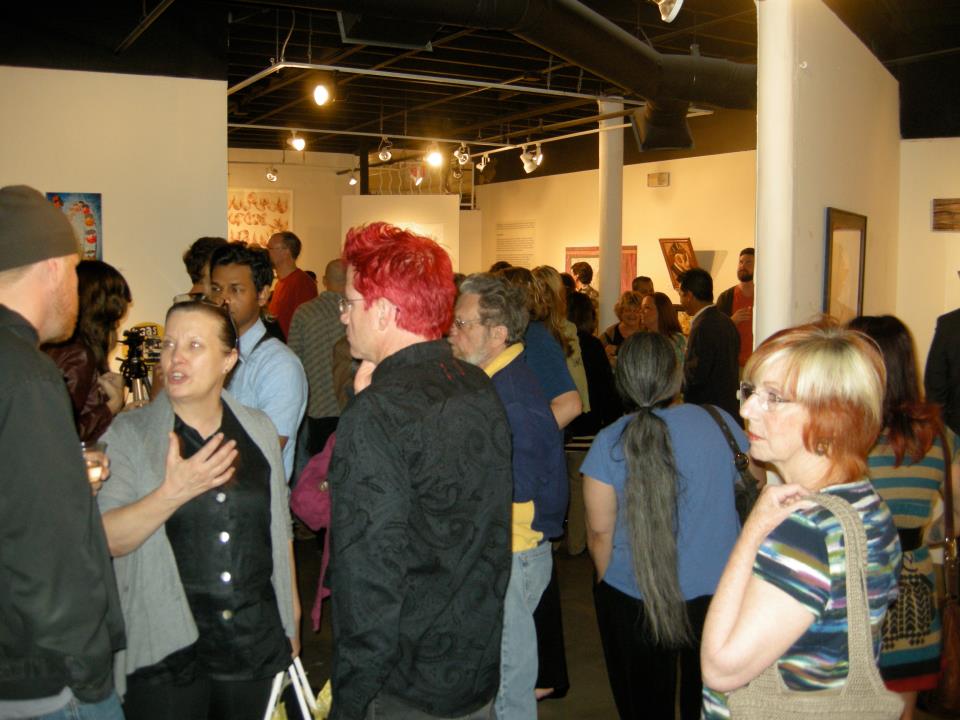 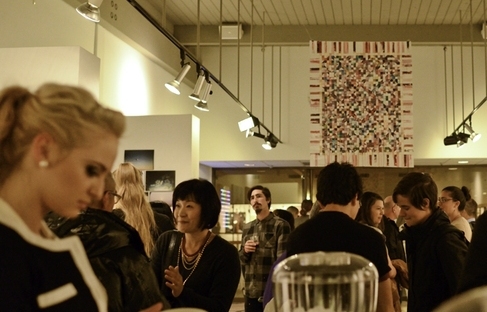 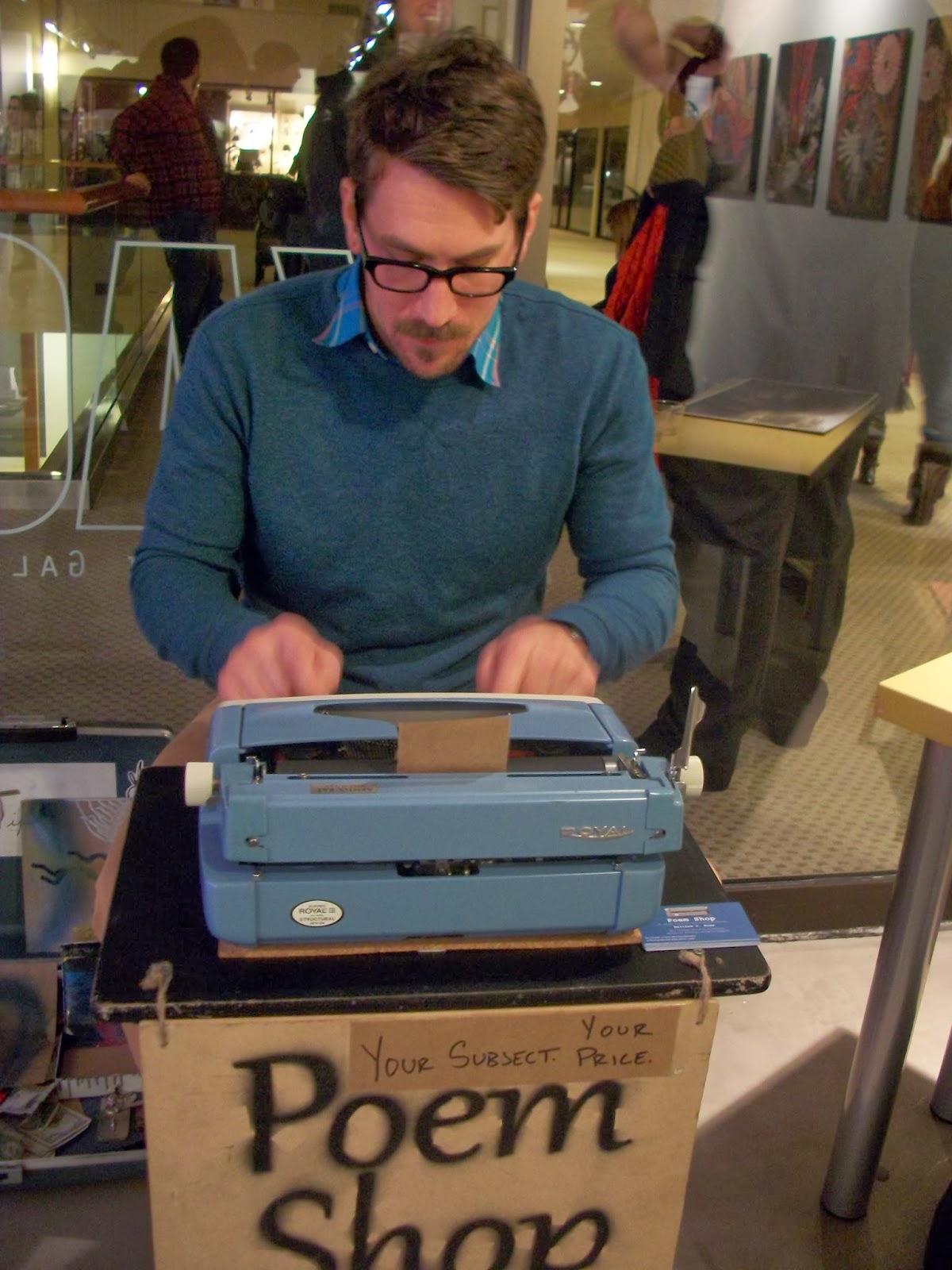 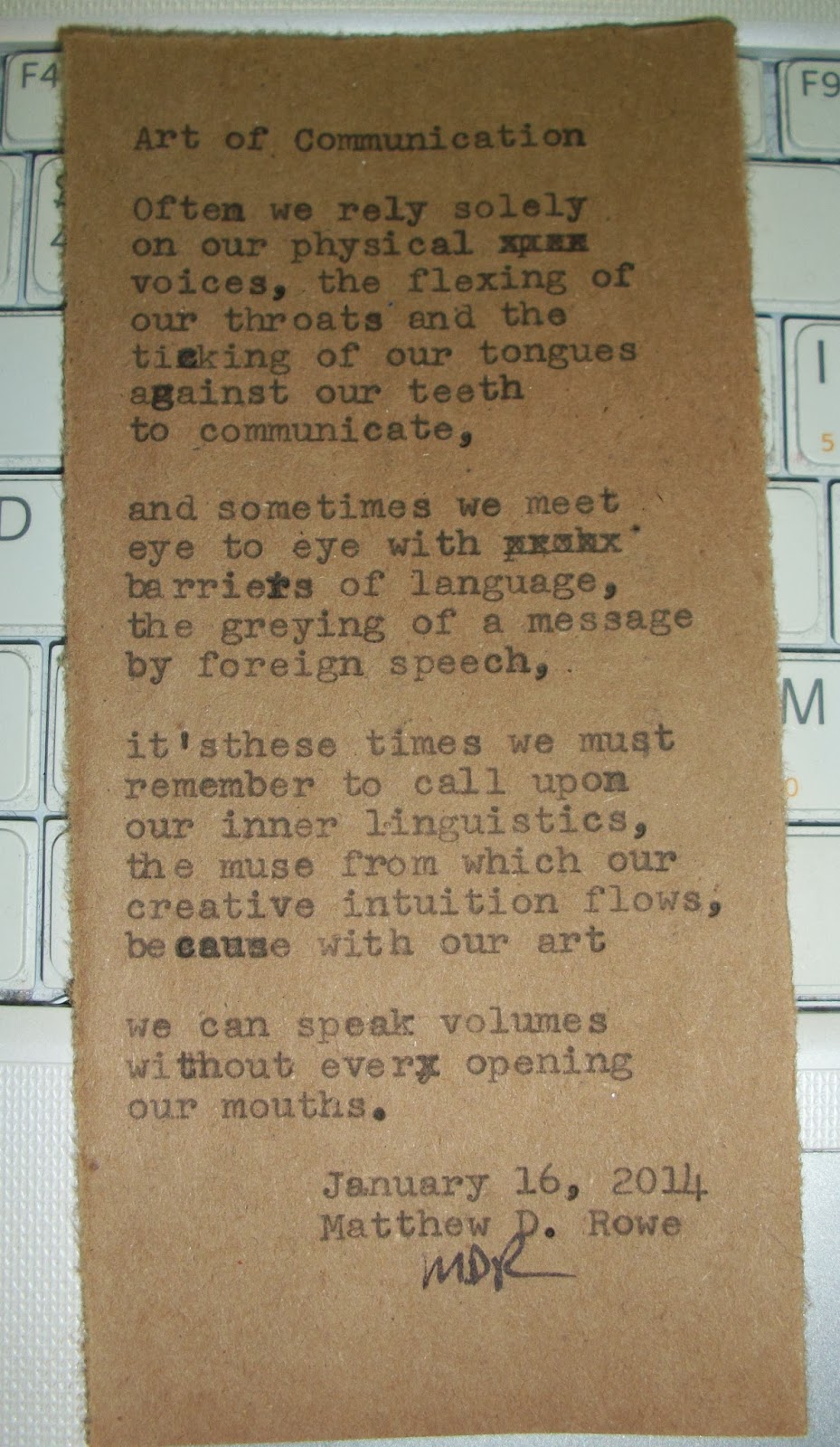 Kate Alkarni Gallery, Matthew, a poet guy made a poem for me, next to my artworks, Thanks!!ã€€January 2014 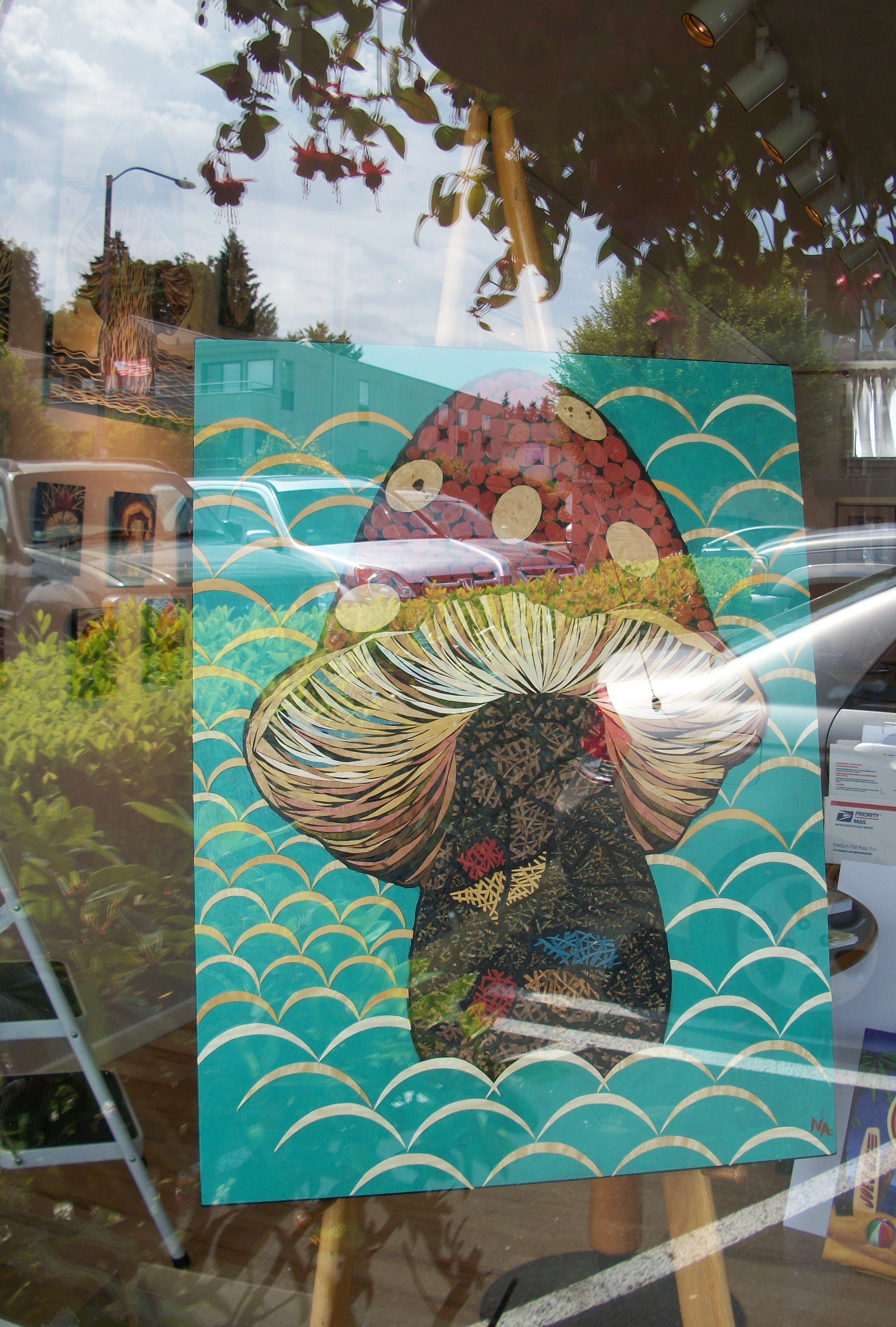 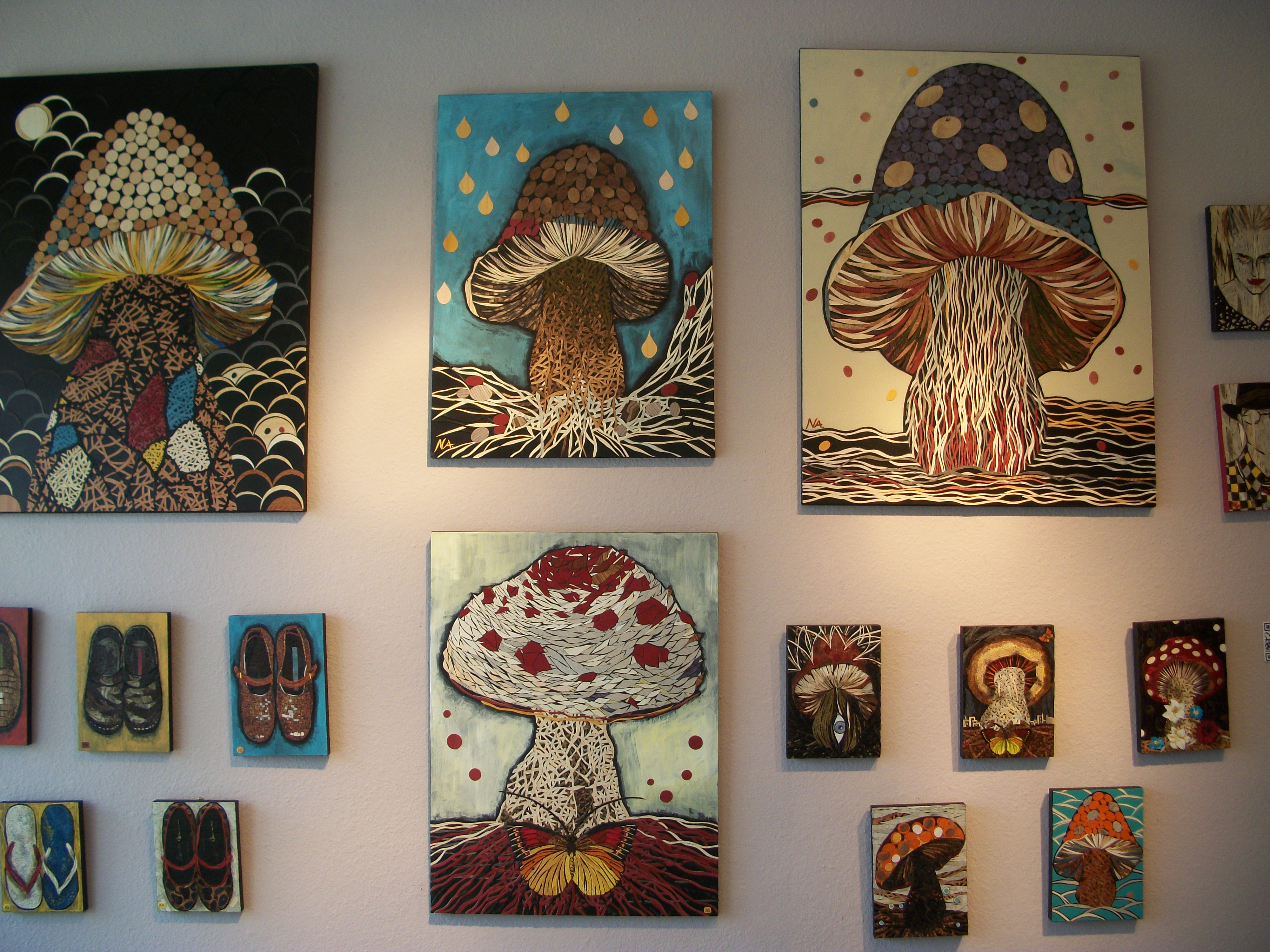 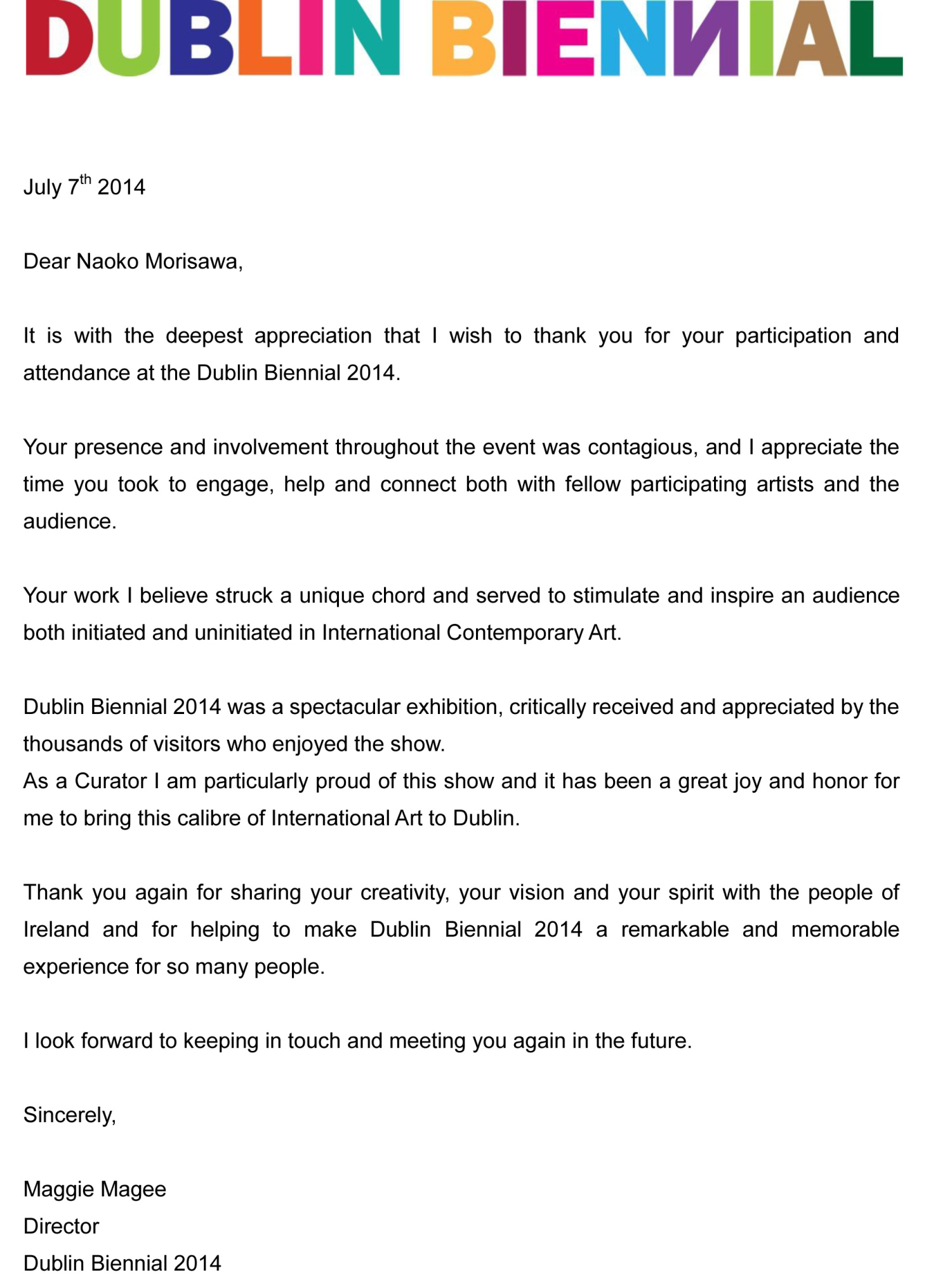 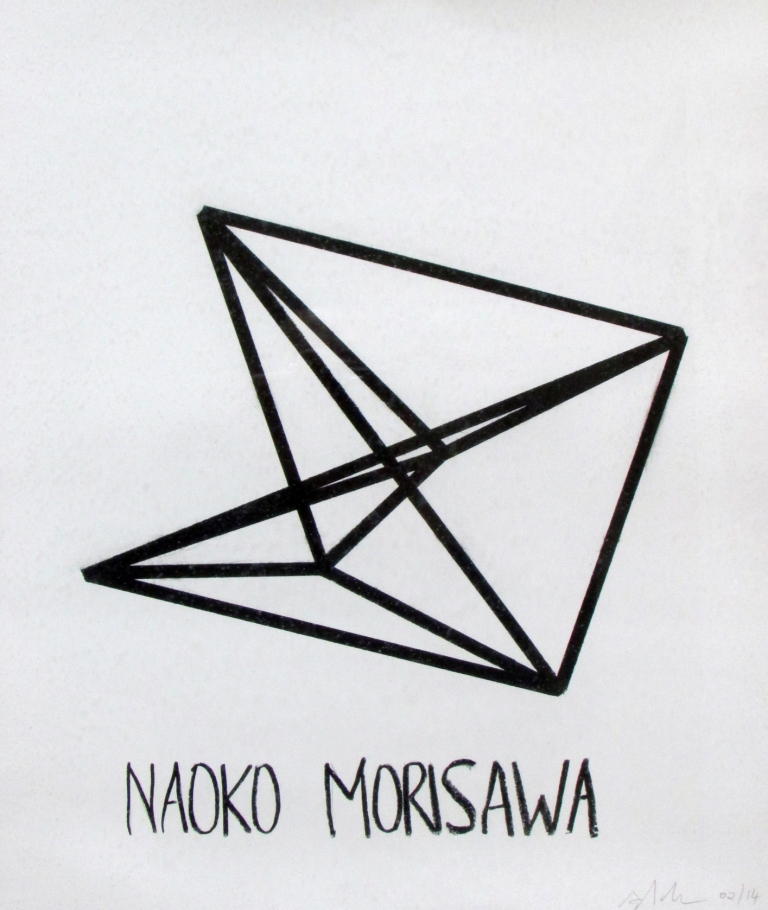